Cordelia Vermillion is the daughter of an original investor in the Scarlett Hotel. Her father, Lucifer Vermillion, was a railroad tycoon who owned the adjacent land and supported the development of the hotel as he knew his trains would bring guests to the region.

Cordelia claims to be around 35 years old, but research would discover a birth certificate from the 1880s. As a child, Cordelia was caught in the stables during a horrific fire which burned much of her face and body leaving scars. Cordelia was often the victim of bullying when other children and even adults would make fun of her, calling her “Ugly Cordy” over and over. Cordelia always secretly vowed that she would prevail and be more beautiful than all, if it was the death of her.

In her late 20s, Cordelia found herself living alone in the grand La Vermillion des Maison. She rarely ventured into public though she longed to go to the grand balls at the Scarlett Hotel. Through the years, she had tried so many remedies to become more beautiful and alluring. Peddlers always tried to sell her some snake oil or another, but all were hoaxes.

One day as she was walking down the path in the shadows near the Scarlett Hotel, a strange but beautifully bewitching woman beckoned from the shadows. Intrigued, Cordelia approached the woman who bluntly asked her “if you could have anything, what would you want?”  Without hesitation, Cordelia blurted “To be forever beautiful!”  The stranger barked with a laugh “and what would you give?”  Cordelia thought for a moment and giggled “Whatever it takes, of course!”. The woman then pulled Cordelia in close to her and whispered, “If I grant this vain wish, you’ll do my bidding forever more”. Cordelia was thrilled, but apprehensive when she asked “ahh…who are you? What do I need to do? Pick berries, clean your home, help you dress, pay you money … tell me, tell me, I’ll do ANYthing!”  The strange woman smiled evilly and said, “Call me Morana, my sweet. In due time, I will return and ask for payment.” and disappeared.

The next morning, Cordelia woke and upon looking in the mirror, she was astonished! The face looking back her could not be hers! It was beautiful, she was beautiful – perfect nose, beautiful eyes, lovely smooth pale complexion, gorgeous raven hair, plucky lips – wow! Cordelia realized that not only her face was different but her whole being was stunning – just what she always wished for! She twirled and twirled around the room and looked in every mirror. Thankfully her servants pretended to not realize the change – they were so faithful and dedicated. Many were pleased to hear the joy in Cordelia’s voice, so they just accepted the strange happenings.  In the coming days, Cordelia started going to the events at the Scarlett Hotel. She would enjoy the dinners, the drinks and the attention. She just couldn’t believe this had happened to her. She still wondered what she would need to do for the strange woman but for now, she just enjoyed everything about her new life!

A few months later, Cordelia was walking through the gardens of La Vermillion des Maison at dusk with a handsome suitor when the strange woman appeared at the gate. Cordelia dismissed her friend quickly and scurried nervously to open the gate. Morana pushed by Cordelia roughly and headed to the fountain in the center of the garden.

Cordelia felt her blood grow cold as the handsome woman glared at her. With dread, she moved closer. Cordelia swallowed and asked, “are you here to take away my wish?”. “No, child. I have returned to advise your payment” responded Morana and continued to quietly advise Cordelia of her fate.

As Morana disappeared into the darkness, Cordelia sat on the edge of the fountain, in stunned silence. The payment for her beauty was greater than she ever realized it could be. She didn’t know how she could even begin to fulfill the commitment. Days went by and Cordelia realized that the beautiful face and body she had been enjoying started morphing back to her original unfortunate appearance – the scars started surfacing, the misshaped face started reappearing and her hair lost the beautiful shine. Cordelia realized that if she didn’t start making the payments, she would lose everything she had enjoyed. She thought long and hard and realized that the happiness she had felt over the past few months were worth anything.

A few days later in the early 1910s, there was news of a murder at the Scarlett Hotel. A lovely young chambermaid had been found in the basement with her throat slit, her body drained of blood and flesh and muscle carved away. It was a gruesome murder and unfortunately for the hotel – not the last.

Cordelia continued enjoying the balls, the dinners, the guests in the Scarlett Hotel. She was courted by many men over the years. Cordelia was known for her generosity but her cool demeanor. She was beautiful and strong and as she brilliantly managed the fortune her father left her, she remained incredibly wealthy. This allowed her to continually invest in the Scarlett Hotel during the war years and recessions. While the hotel staff often wondered about Cordelia, the owners were ever so grateful and demanded that no one ask questions about her.

Over the 100 years since, every few months, a body would be discovered in or near the hotel. The victim could be a guest, an employee, a visitor – but always a young lovely woman. Every time, the throat was slit, the body drained, and flesh was taken.

As technology and the world changed, Cordelia had to continue learning in order to ensure her secrets were never discovered. She hated taking the life of another, but her vanity would always overrule. Though Morana would occasionally provide sustenance to keep Cordelia beautiful, it was Cordelia’s responsibility to contribute to Morana as well as for her own gain regularly. When Cordelia would slip up or not act quickly enough, her scars would start to painfully appear and she would be rudely reminded of what would happen if the blood and flesh of a young woman was not available At times during the outbreak of COVID-19, the potential victims were scarcer and Cordelia had experienced just what she would turn into – this and the fact she knew she could not survive made her more determined than ever to continue the long standing arrangement.

This is my entry story for the 2021 DRD “Create a Hotel Character” contest. I was blessed to be chosen as a winner so that I can participate in the highly anticipated Halloween hunt on Scarlett Bay featuring the Scarlett Hotel. Watch the DRD group or discord to find out when the hunt opens. Try to find Cordelia when you visit… it will be spectacularly spooky. 😉

Thank you Jaimy, Eowyn and all of the team at DRD – I’m thrilled to be part of the hotel cast of characters for 2021!! ♥

…Time to go into the dark
where the night has eyes
to recognize its own.

There you can be sure
you are not beyond love.

The dark will be your womb
tonight.

The night will give you a horizon
further than you can see.

You must learn one thing.
The world was made to be free in

Give up all the other worlds
except the one to which you belong.

anything or anyone
that does not bring you alive

is too small for you.

The special Halloween/October session of The Arcade opened October 6th and will remain open until the 31st. For the Shopping Guide and landmarks, check out the website.

…I want you to be happy
Free to run, get dizzy on caffeine
Funny friends that make you laugh
And maybe you’re just a little bit dappy…
The Glass Animals – “Youth” 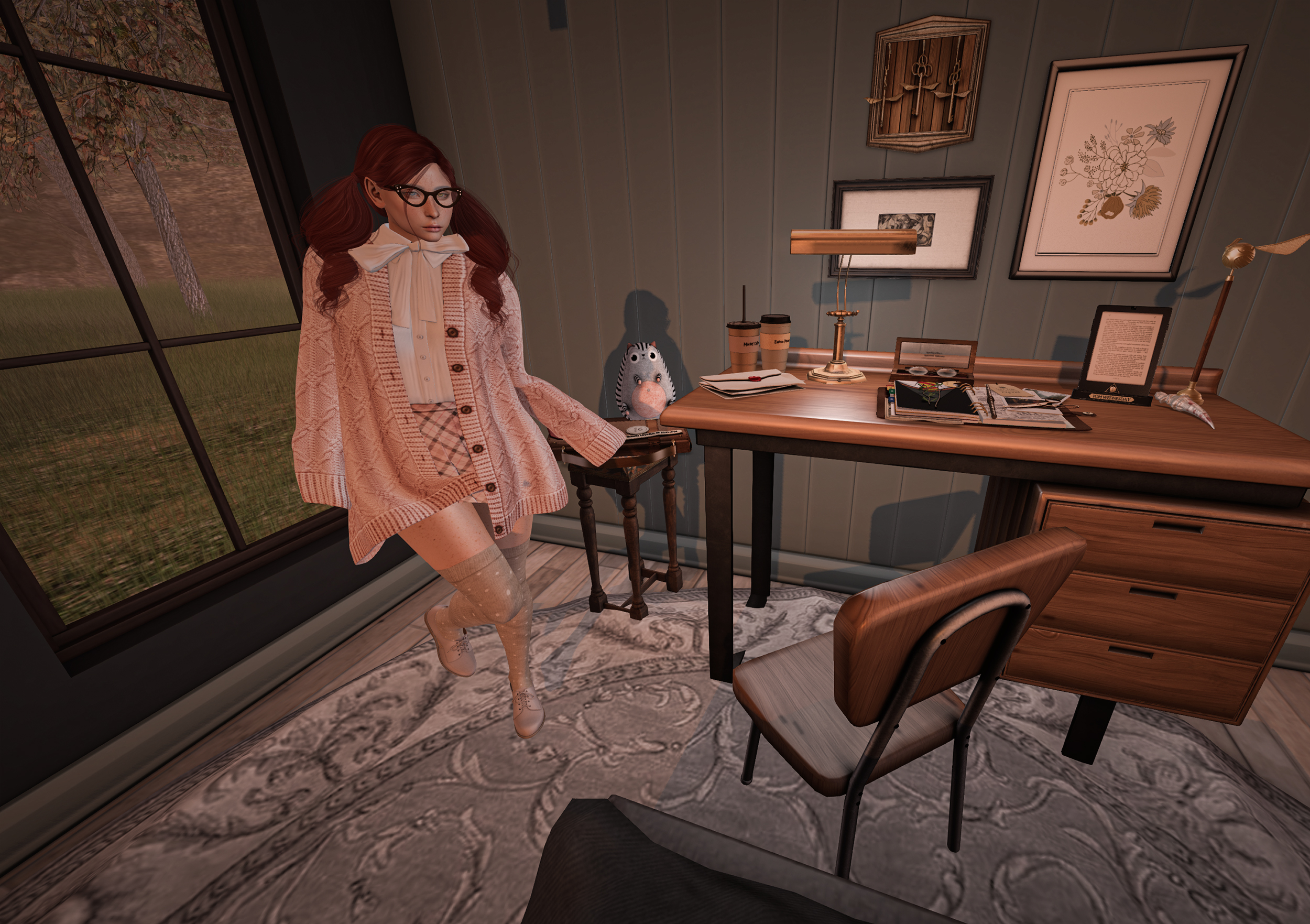 The September session of The Arcade opened September 1st. For the Shopping Guide and landmarks, check out the website.

Surroundings from The Arcade September 2019 Session) @