Many men go fishing all of their lives
without knowing that
it is not fish they are after.
~Henry David Thoreau 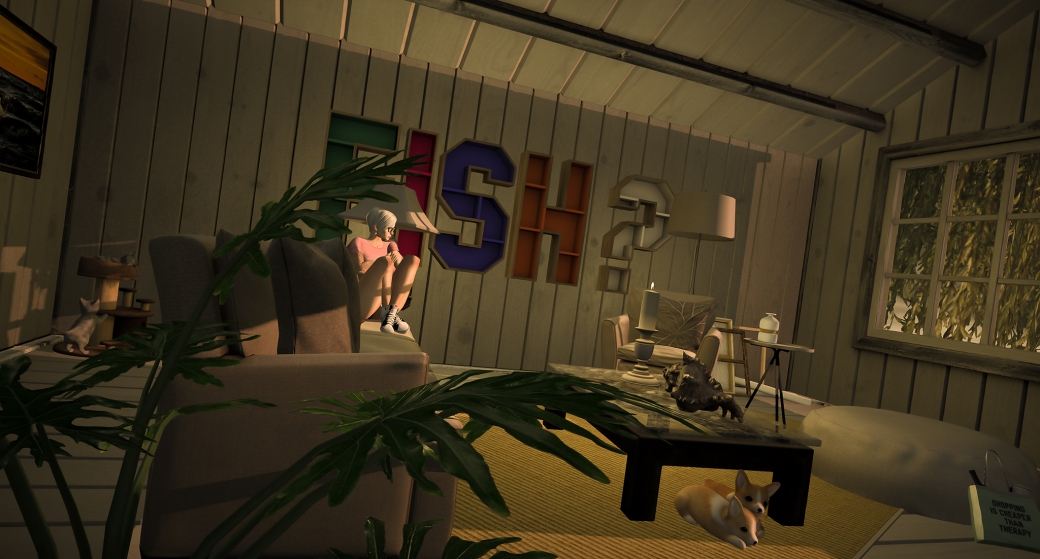 The first quarter of the year ends and we will arrive at April Fool’s Day…  But before we get there, you have that one LAST day to visit The Arcade Gacha Event to pick up some awesomeness. Tonight I’m hanging out in the Fisherman’s Delight build from 22769. The set includes furniture and the cabin structure which actually can perch over the water. I’ve also included a few items from Aria and llorisen along with the letter shelves from Sway’s. I can never resist including a puppy or cat so you might also see those from +half-deer+ and Kite, respectively.  Since I’m just hanging out, I threw on the cute shorts from Parker and a fun tee from e.marie. And furthering the sporty look, hair from Tableau Vivant and the shoes and glasses from Versov.

This round of Arcade has been fun with lots of options for decor, dressing and role- playing.  Run over tonight and tomorrow and finish out your collections!

The Scene:
From the March 2018 Round of The Arcade Gacha Event @: 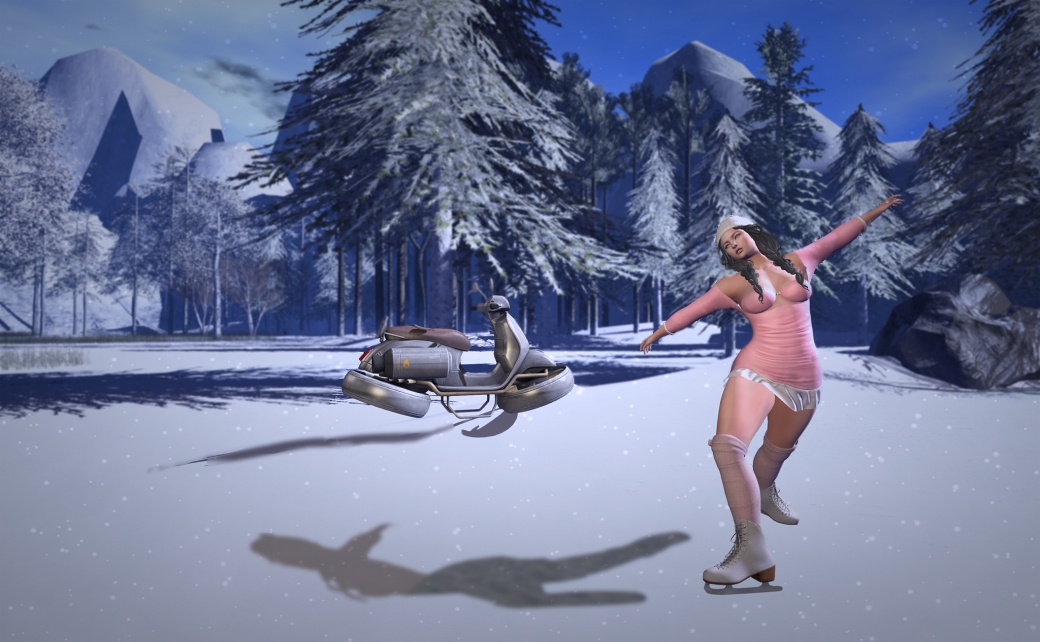 Strawberry Singh has issued a new challenge this week – Unspoken Rules of Second Life! An unspoken rule is basically a behavioral constraint that society or community expects but that isn’t necessarily written down or recorded anywhere. It is something that is considered proper but not an exact etiquette book kind of rule. Berry’s example was for escalators which in the U.S., we stand on the right and walk up on the left. Another example would be letting people out of an elevator before getting on yourself.

In Second Life, we also have these rules.  I agree with most of Berry’s, but I still decided to create a post.  My top 5 unspoken rules for Second Life are as follows:

There are other unspoken rules to be sure, but these are the top ones for me – that I can think of today anyway. I might could go on for a lengthy list, but there is also a fine line between an unspoken rule and an annoyance.

I also created a vlog for this challenge as I am trying to do more of these! Check it out here:

Thank you to Strawberry for the great idea and challenge!

Featuring items found at the December round of The Arcade Gacha Event.

“If you concentrate on finding whatever is good in every situation,
you will discover that your life will suddenly be filled with gratitude,
a feeling that nurtures the soul.” ~ Harold Kushner 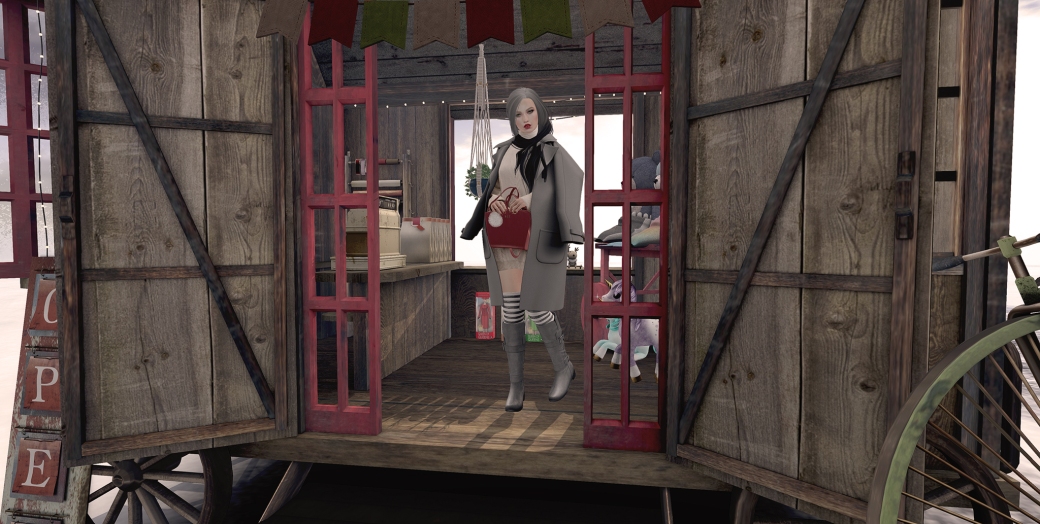 Featuring items from the December 2016 round of The Arcade Gacha Event.