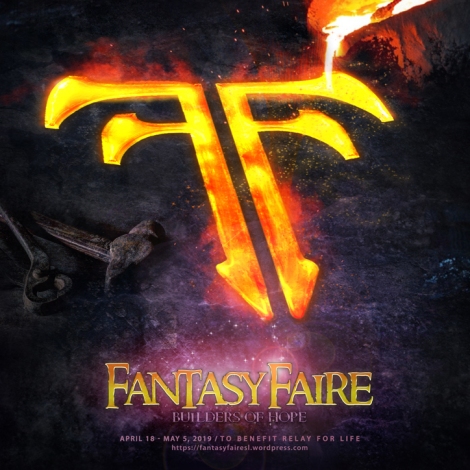 Fantasy Faire has just announced very exciting news! 2019 marks the eleventh year for this amazing event which is a fundraiser for the American Cancer Society and Relay For Life of Second Life. The theme or tag line for 2019 is “Builders of Hope” and indeed this event brings together the best builders and fantasy creators each year! Not only are the Fairelands’ regions built with such care and creativity, but the designers that fill the shops also bring some amazing creations to the grid. There are performances, role-play workshops, music, laughter, auctions and general a very special and challenging quest to be found at the Faire. The dedicated Fairefolk gather and plan so that the enthusiasts, role-players, shoppers, music-lovers, performance junkies and supporters can all find something of interest nearly every day of the event!

This year, Fantasy Faire will open the gates on April 18th. In the past, the event was scheduled for 11 days and generally due to popular demand, it would stay open for just a few days longer. The exciting news this year is that it will remain open officially until May 5 – that’s 18 days! Planned performances and programs will end on April 29 with the all-day One Team marathon dance party honoring all of the Relay For Life of Second Life teams but shopping will continue until the following Sunday. And you never know, there might be some crazy pop-up party in that last week!

In 2018, the Fantasy Faire event raised around $50,000USD for Relay For Life of Second Life and the American Cancer Society. In the past 10 years, the total raised equals $290,000!  This is truly an amazing group of people that organize and support this effort each year. One of the unique things about last year’s fundraising is that it was earmarked for the Hope Hostel that is being planned in Nairobi, Kenya. That effort continues in 2019 with all funds raised going to build this new Hope Lodge!

All the information you need to know can be found via these social media links:

Start saving your linden and planning your adventures – watch the calendar for the planned events and scheduled performances that will take place during the event!