On March 9th at 10am SLT, the 2013 Relay For Life of Second Life Kick-Off Event was held!   This long-awaited, very anticipated ceremony is the start to four months of official fundraising for the American Cancer Society.  Relay For Life has been present in Second Life since 2005 and has raised over $1.5 million USD!  Each year, the event has continued to grow and more and more avatars participate.  The passion that most active volunteers show is always amazing, and very inspiring. 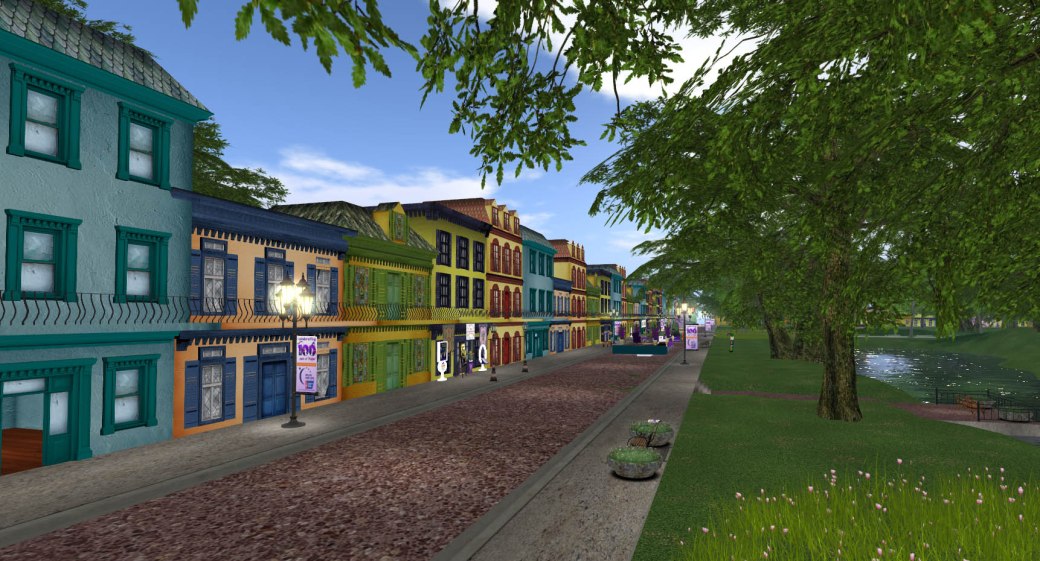 The Kick-Off Ceremony was held on a four-sim build connected to the American Cancer Society Island sim.  The build was put together by Grace Loudon Devin and Vic Mornington and it was just beautiful.  Vic is serving as the Design/Build Lead for 2013 and Grace is his co-lead.   The inspiration for the build was New Orleans Bourbon Street area, and the center point is a Cafe du Monde inspired building.  This idea was derived by our Special Events Lead, Ashlynn Enoch.  Ashlynn and her co-lead, Dianna Wycliffe Sabretooth, put in lots of hours pulling the last minute details together for entertainment, teams, and the general event.  The Planning Committee worked to pull together the ceremony agenda and T1 Radio once again broadcast the event over the air. 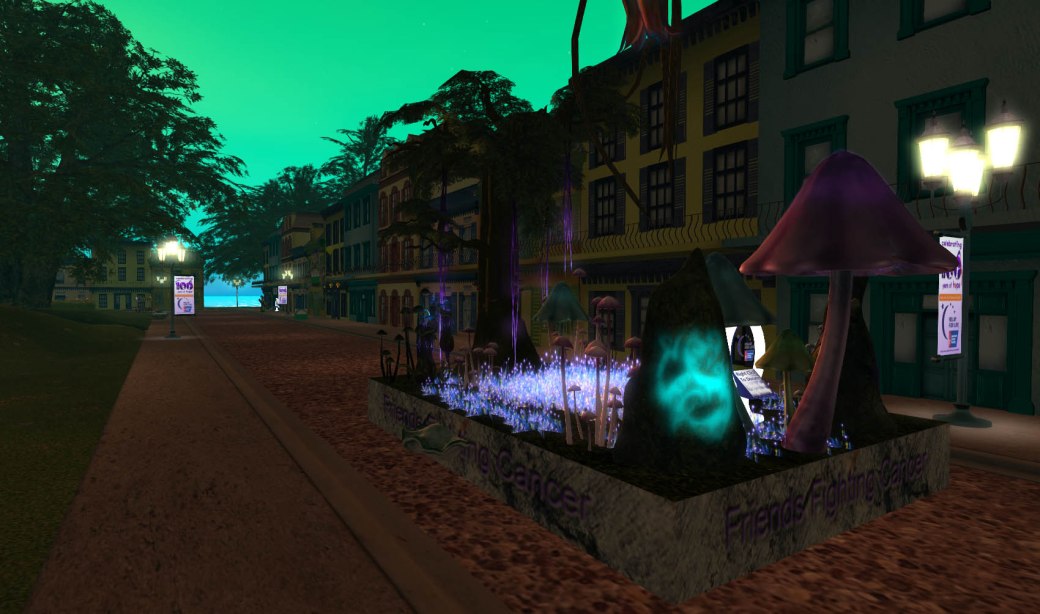 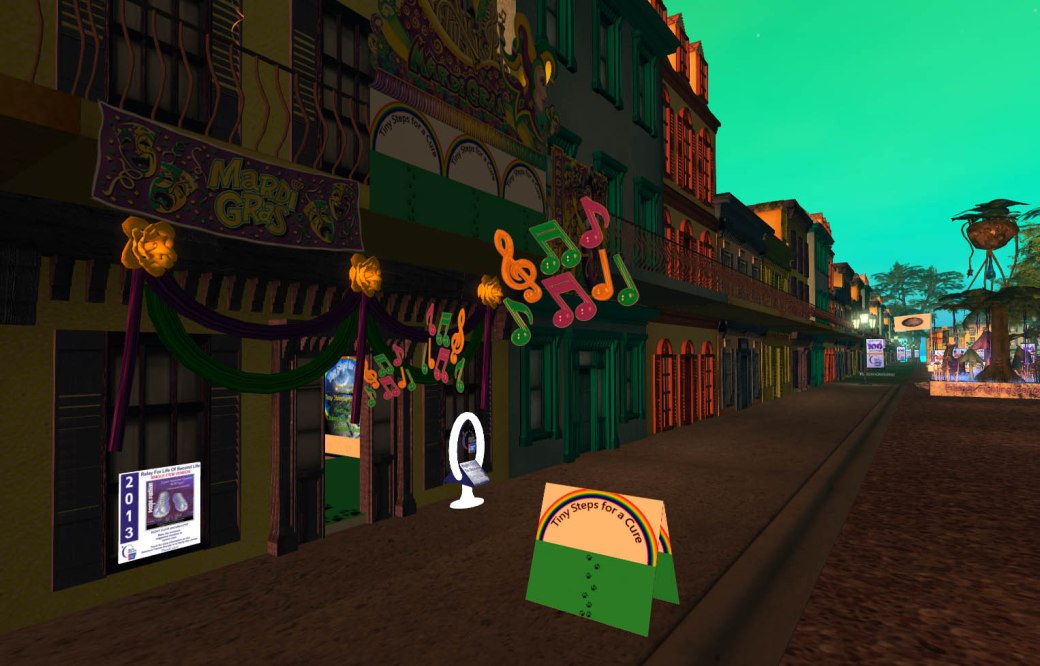 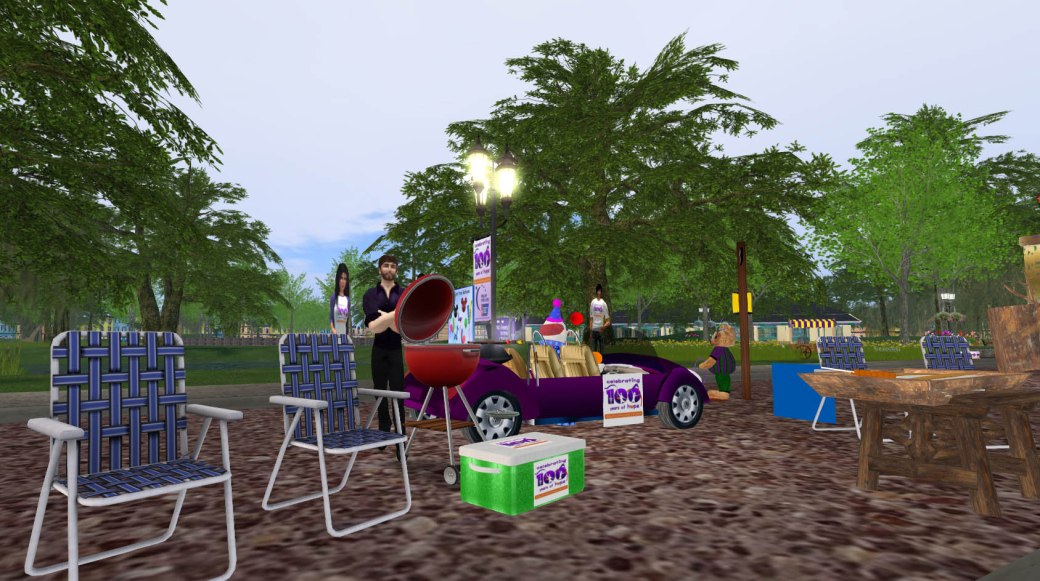 There will be over 120 teams that will spend the next 4 month hosting fund-raising events and activities.  To get them started, space was offered to teams to set up mardi-gras style (stationary) floats or little shops around the kick-off sims.

The “tailgating” started at 8am SLT with 2 hours of music and camaraderie as the teams started milling about checking out the 4 sims and supporting the participating teams.  The four sims filled to capacity and at one point, there were around 190 avatars in attendance.  T1 Radio provided the entertainment until the 10am Kick Off Ceremony.  We heard from Nikki Mathieson, the 2013 RFL of SL Chair; Stingray Raymaker, our ACS Staff Partner; Serina Juran and Dwen Dooley, 2013 RFL of SL Co-Chairs for the opening with great info on why we relay, the 100th birthday of ACS, the importance of Convio and the technology of fundraising tools.  We heard from the 3 Area Chairs – Tayzia Abattoir, Teams Area; Gem Sunkiller, Outreach Area; and yours truly, Events Area – each shared a brief description of their area and why we relay.  I was very honored to be able to introduce our special speaker for the day, Lovenica, who reminded us why we relay with her story as a cancer survivor.  Then Nikki declared that the Relay For Life of Second Life 2013 season had officially begun! 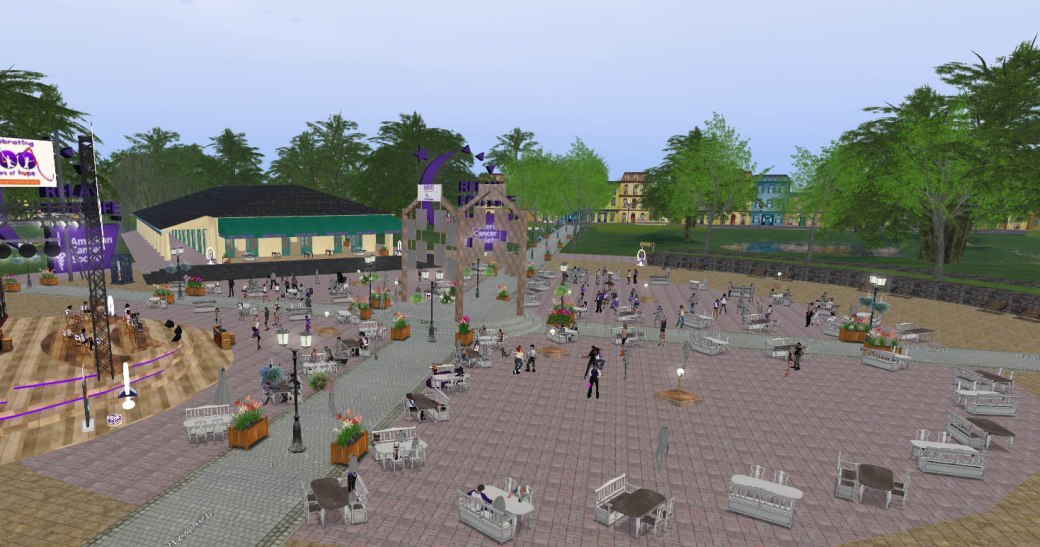 But first… a SURPRISE!   Sting announced a new inductee into the Relay For Life of Second Life Hall of Fame… MamaP Beerbaum who was the chair for the past 2 years and involved for at least 5 or 6 years.  It was an amazing tribute with recorded statements from many RFL of SL volunteers and resulted in bringing MamaP to tears.  Such a wonderful surprise!

After the ceremony, there was another 10.5 hours of entertainment – Trader Whiplash, Vic Mornington, Fizban Underwood, and Madonna Daehlie DJ’d and the Avilion Dancers with DJ Jules were on the stage, too.  Some people stayed, some people came and went, some came back… but all in all, it was a perfectly wonderful way to kick off the Relay For Life of Second Life 2013 season!

and the special presentation for MamaP is found here