The virtual world of Second Life provides opportunities, challenges, new, old, change…  We have lived them all,  just as we do in our every day real life world.  Everyone handles these very differently…and probably most handle a virtual event differently than they might handle a similar event in real life.  The one thing that is really not the same…when something in our virtual life just disappears.  It is rarely a challenge we have to face in real life as we usually know why something disappears…we lost it, we moved away from it, we didn’t nourish it, it passes away, etc.  But in Second Life, a friend can just never log in again; a shop might just close with no warning; a region…a place we have created and enjoyed and shared…can just “pooof” !

If you have followed my blog, or my Flickr photostream or if you know Jac or me, you are aware that we have been part of the SL surf community for a few years.  Jac maintained a surf sim in the Costa Rica Sims Estate for the enjoyment of all prior to our relationship.  This was where we hosted our first SLSA surf comp in early 2009.  After leaving that estate and setting up our own sims in June 2009, together we provided a public surf experience on Sol Mañanero!  We hosted our second SLSA surf comp in the fall of 2009.  At first, we were fully tropical with a small shopping area that included merchants such as LeLutka, Jak Surf, Namiko, Frankie Miles… and then after nearly a year, we made the decision that we needed a change.  The shopping area was taken down and a beautiful waterfall, stream and tropical forest were put in its place.  The surf still crashed upon the beach, but it was a more natural break than before.  We had a few residents living out on the surf sim for nearly a year too, and found that they were always happy to have such a beautiful home.  We also provided a dive area too… natural beauty under the surf! 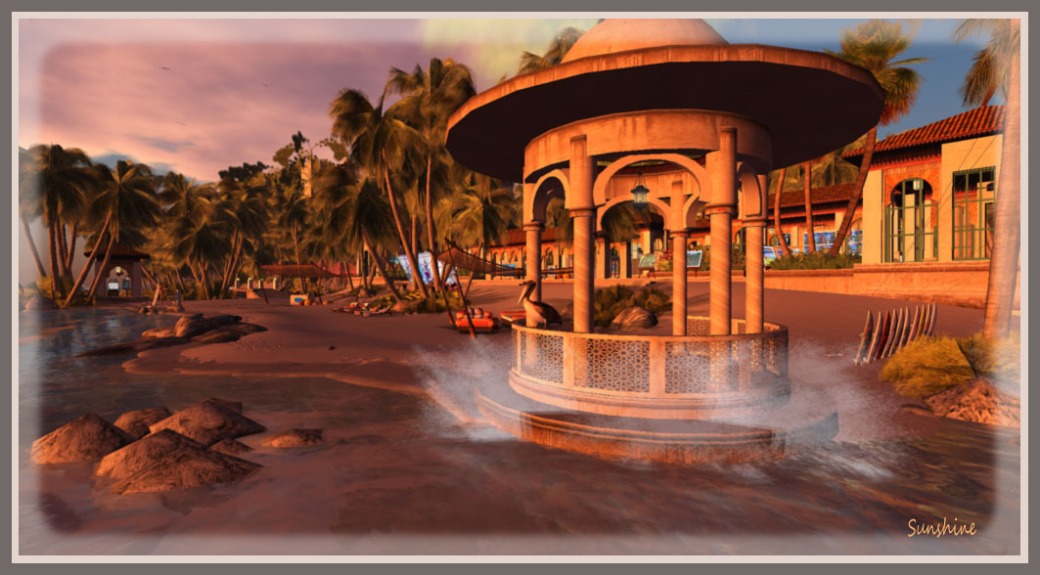 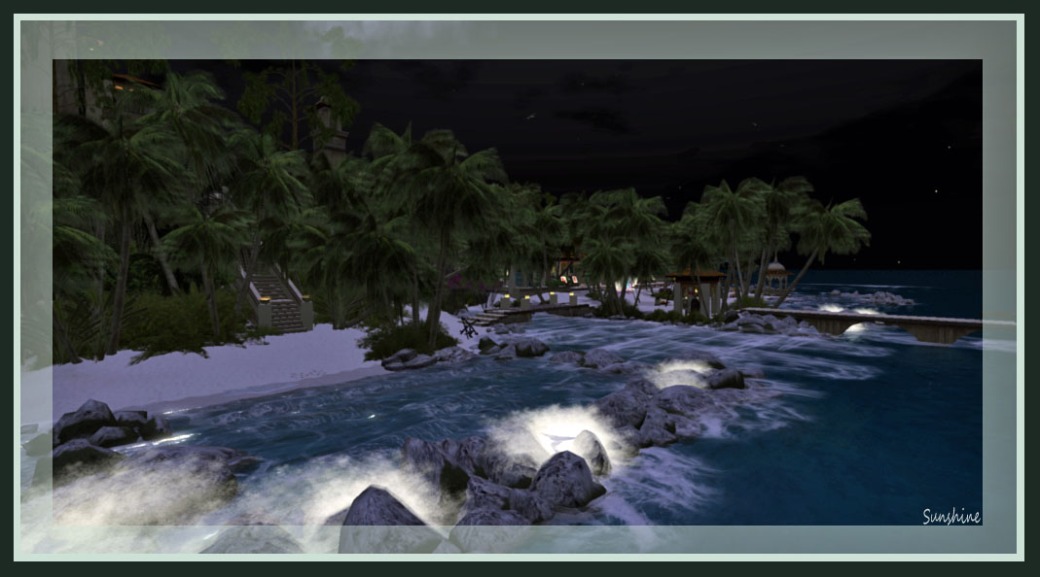 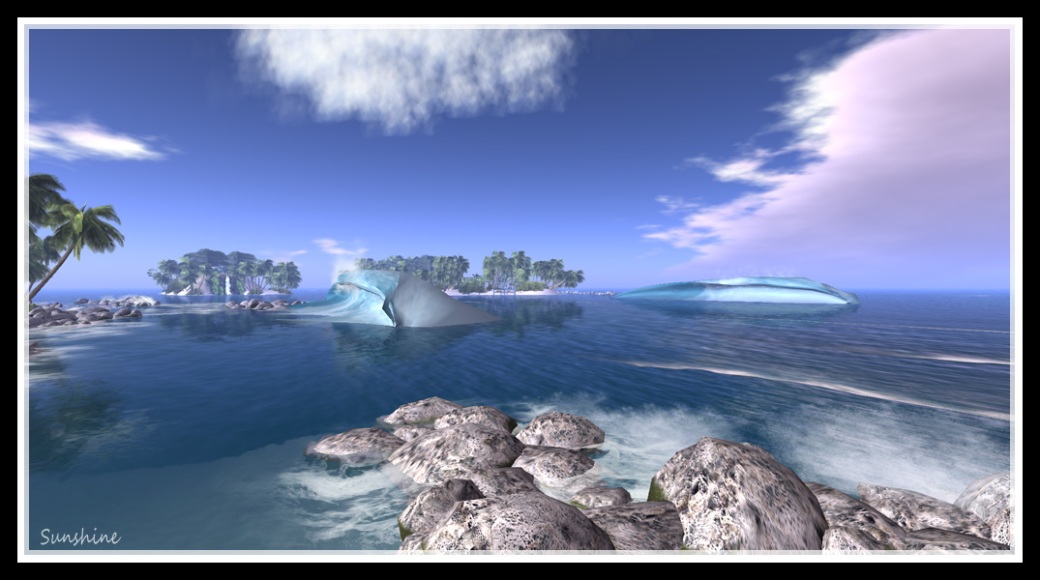 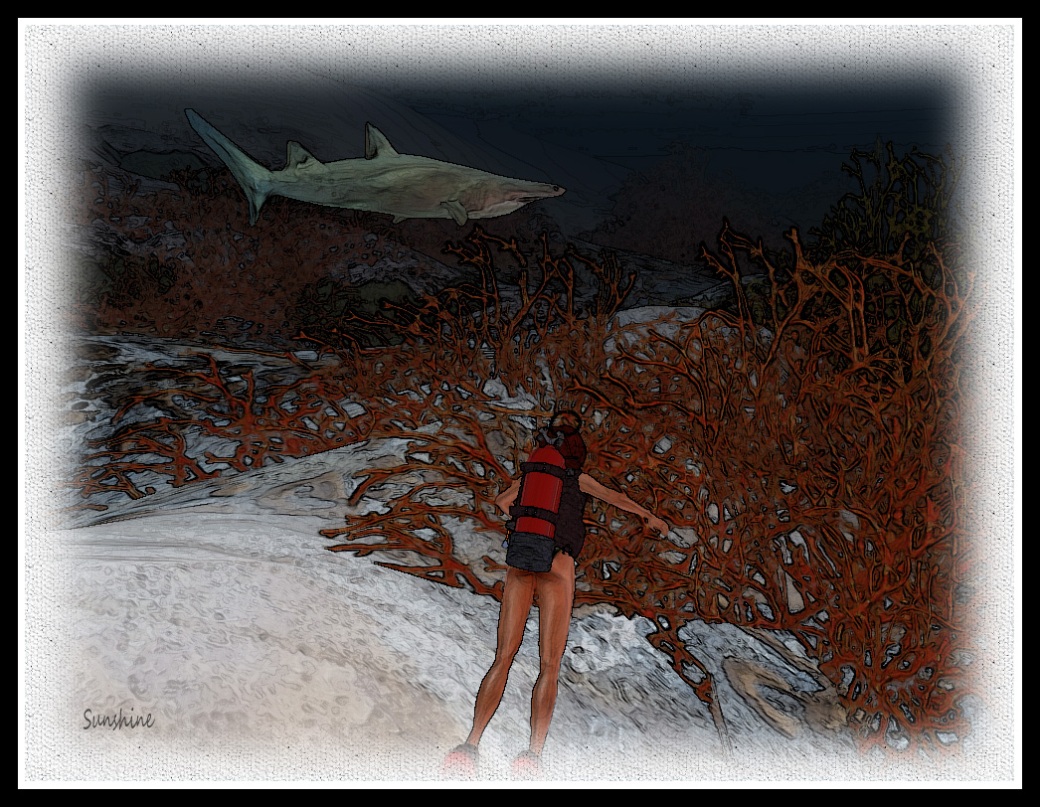 Then…everyone might remember that we had a MAJOR change in October 2010 when we went full arctic surf and winter solstice…and we had ICE and SNOW everywhere!  This was such a beautiful change as well…and welcomed for many reasons.  The surf sim was placed on Showcase by Torley in January 2011 and visitors came in droves to see the seal colony, the orcas and the narwhals under the Northern Lights.  In February 2010, we hosted our third SLSA surf comp…and the surfers had the most unique lag-free (and chilling) experience ever! 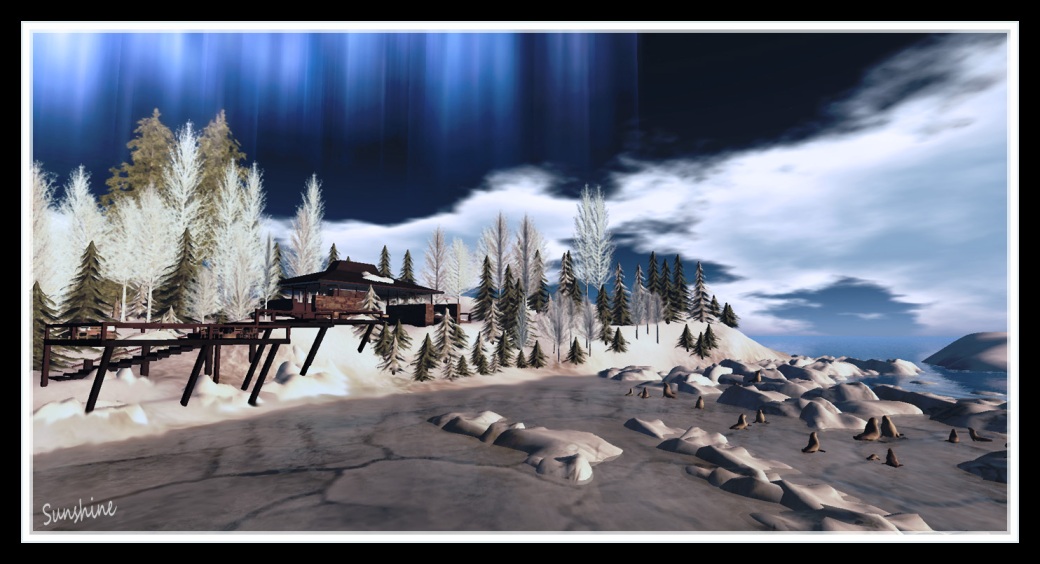 As Jac and I looked back over our Second Life and we discussed how things had progressed and changed, we were planning our next sim design.  We did want to move out of Winter and into a warmer season, and had many discussions on just what we might create.  Tasmania was an idea often mentioned…the wild  uninhabited coastline with the huge wave crashing at Shipsterns.  But as we thought more about it… it became more apparent that maybe we didn’t need to provide a surf sim any longer.  Looking back over the two years, we realized that very few SL surfers used our sim.  It was enjoyed much more by non-surfers who came to enjoy the beach, the water, and the view…more for the relaxation and the photo-op, than anything else.  Sooo….a huge decision was made and executed quickly…and on March 28, 2011, Playa Sol Mañanero was removed from the grid. 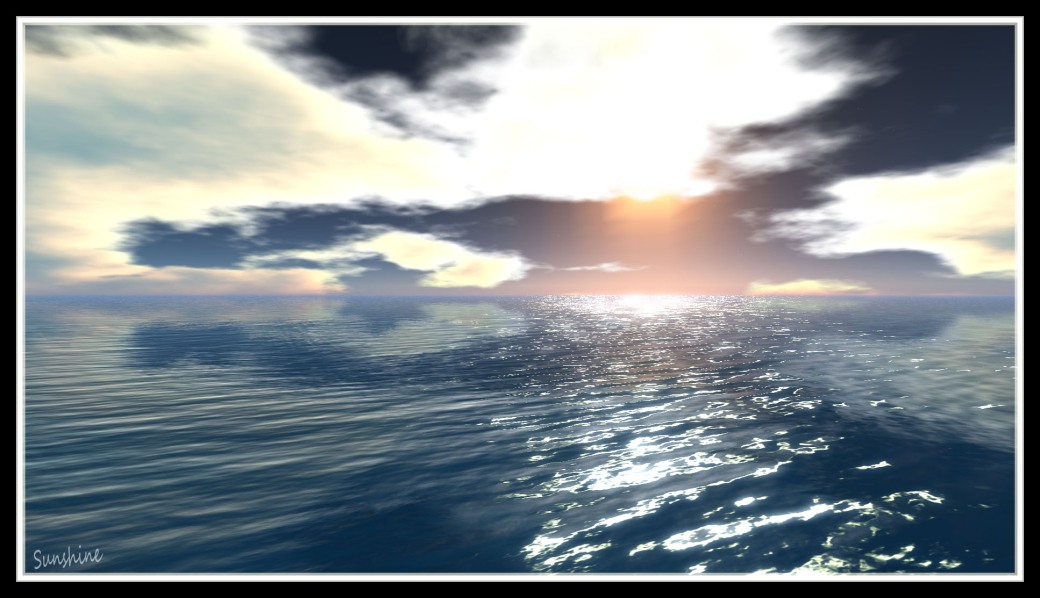 If you ever had a chance to visit our beach …during tropical days or arctic freeze… we hope you enjoyed your stay.  I’ve seen many gorgeous photos taken on our sims, and am happy that those memories can be contained in some medium.  Will I miss having a surf sim at my doorstep…?    Yes…but change is part of any life…and YES… it WAS a great ride…

p.s.  Sol Mañanero is still under reconstruction…but I’ll share more when we have it near completion.