As I was reviewing possible movies for my photos, it dawned on me that one awesome sim that could be used as a backdrop is Maurice Messmer’s Cap Estel.  I blogged about this beautifully created sim in March and it has been on showcase for quite some time too.  Maurice always does amazing things with his sim creations.  So thinking of that backdrop, the most natural selection for a movie would be “Out of Africa”…a movie released in 1985  starring Meryl Streep and Robert Redford.  The movie is about Danish author, Karen Blixen, who moves to Africa and sets up a plantation with her husband, and then meets Robert Redford’s character and realizes her true love.  The scenery is amazing in the movie as is the acting.  I decided that I could produce an interpretation of a scene or two at Maurice’s sim.

After finding just the right outfit at BlakOpal Designs, I headed right over to Cap Estel to start snapping photos.  Once captured, into Photoshop I went (again).  I added an airplane and completed some editing to enhance the features of the photo…and voila…I was done: 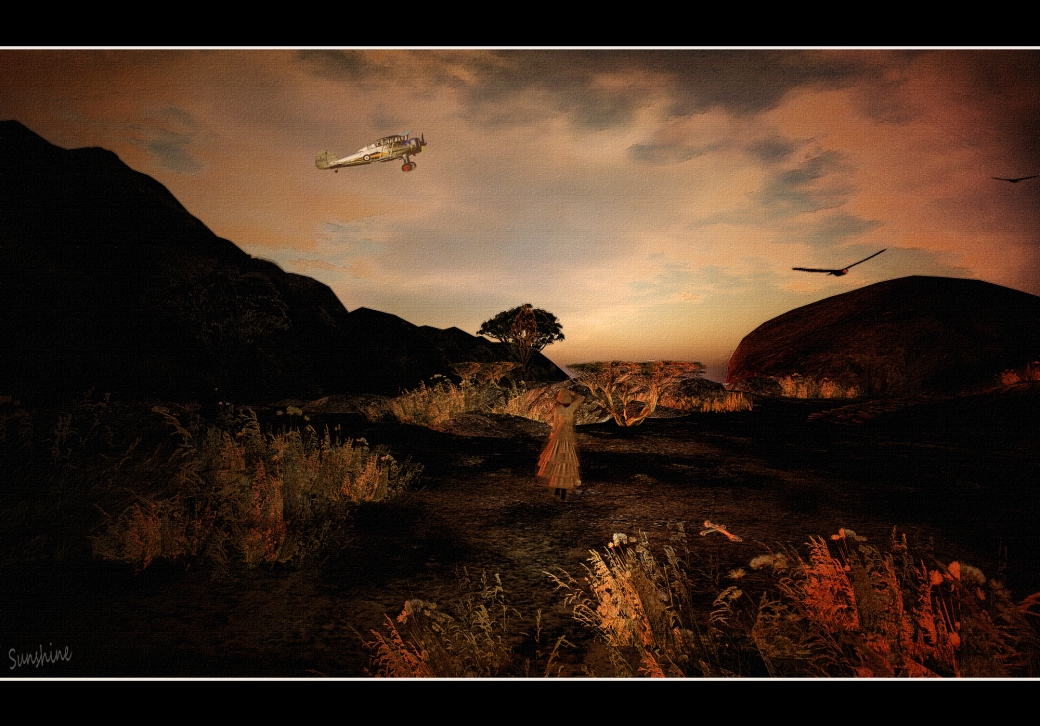